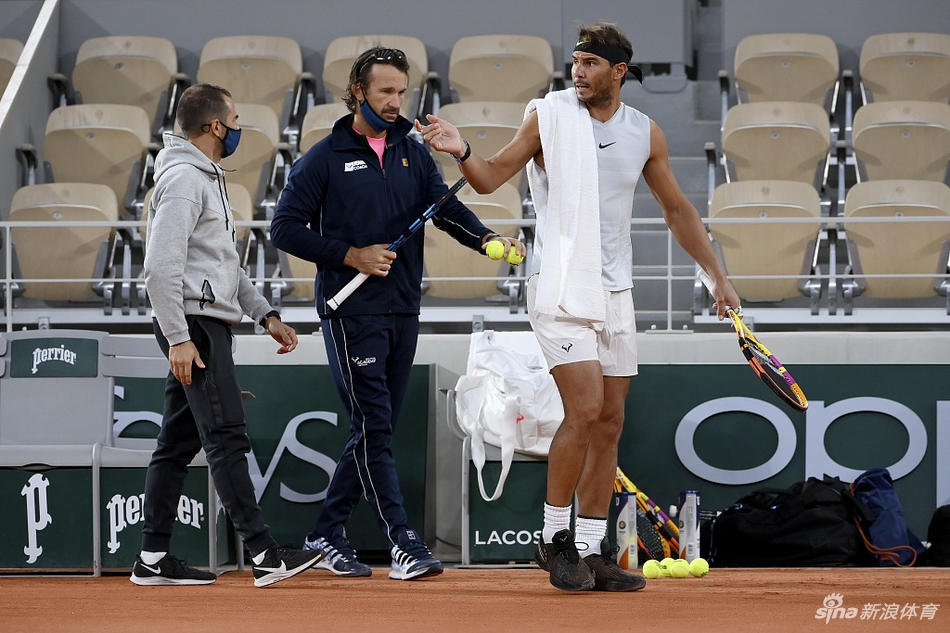 The 34-year-old Spanish king Nadal defeated the world No. 1 Djokovic 6-0/6-2/7-5 in the French Open final that ended not long ago, winning the 13th crown of Roland Garros in an unprecedented way. Nadal's coach and former French Open champion Moya talked about his disciple's feelings after winning his 20th Grand Slam championship in a recent interview.

The 44-year-old Moya said that this year’s French Open champion may be the most significant of his 13 titles: “If you witnessed his daily efforts, you would definitely say that Rafah deserves all his achievements. People know how he spent the past few months."

"Obviously this year is an extraordinary year. For all players, there are several elements that need to be dealt with: mentality, adaptability, the best way to deal with changes, and survive tough times... Rafa Having experienced all of this in the past few months, we still need to clarify our goals amidst uncertainties and regard the established goals as the most important thing. Our goal is to bring Rafa back to the past The state has allowed Rafa to regain his competitiveness and enjoy tennis again. Now I can say that the goal has been achieved." Moya said.

Moya said that in the past few months, Nadal has gone through a difficult time, being able to win again at the French Open is inseparable from the efforts of everyone on the team.

“For those who cannot see Rafah’s daily life, it’s difficult to understand what the past few months have been like for Rafah. Although the situation is difficult, the most important thing is that Rafah upholds the most With a positive attitude, we put in tremendous effort every day." Moya revealed that psychological factors are the key: "Faced with the changes that are taking place all over the world, this is something that Rafa cannot control. We need to be like a psychologist. Bring all the team members forward, like those of us who accompany Rafah every day, we are not just serving him, we need to be his friends. In those difficult and uncertain days, we don’t There is no fixed training process, especially at the beginning of the offseason."

Moya said that the uncertainty brought about by the epidemic is a major factor that makes Nadal feel uneasy: "We don't know when the season will restart, what events will be held smoothly, and when we need to prepare. It is very deadly for top players."

Before this year's French Open, Nadal only participated in a clay court warm-up match at the Rome Masters. Moya said that even so, all members of the team have strong confidence in Nadal.

"This year's French Open is a different event from the past. There is no doubt." Moya said, "You only look at Rafah's promotion path. It seems that he has not been challenged too much, but The preparation period before the event is different from the past, and it is also the most unusual one. When preparing for the game, everyone is actually a bit at a loss, but everyone believes that Rafa will find a solution. If you Seeing his daily efforts for this as we do, you will realize that all his achievements are justified."

"Worries and stress are always there, especially in the face of difficult situations. But when you withdraw yourself from your daily routine, you realize that he is Nadal, you subconsciously believe in him, believe He has the courage, and he will continue to move forward with this courage."